They say patience is a virtue, but it has seldom been one of mine.

In fact, some of my friends would describe me as a little “restless” when I have something in mind that I would like to accomplish.

When it comes to telling time, I’ve always believed that the time is “right now.”  In my mind it has always been time to “get going.”

That’s why having a project in mind for nearly four years has seemed like an eternity to me.

Back in March 2013 I had an idea to launch a meaningful project, but couldn’t seem to get started because I was solely in business for myself at the time.  My main focus was in securing new business and completing projects for clients.

Business was good, so time was limited.

Even greater success has lead to more available personal time — allowing me to think about the project I contemplated nearly four years ago.

So for the past nine months, I’ve done plenty of thinking.

Plenty of planning.  Plenty of thoughts about getting started “right now.”

I’ve put my own advice into action in regard to “entering the fast lane,” especially when it comes to putting in the time.

One thing I had to remind myself of however, is that putting in the time also requires a little patience.

We need to remember sometimes that it’s just as important to let up on the gas pedal sometimes, as it is to “put the pedal to the metal.”

Pacing is important to success. 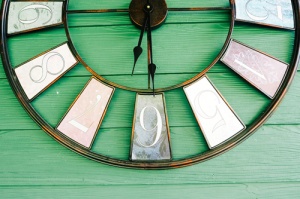 Maybe it’s a good thing that we’re in the midst of a busy holiday season, because I’ve regulated the activities a bit more, leading up to the project launch.

As a result of consciously pacing myself, I’ve had the chance to pay a bit more attention to the landscape along the “fast lane.”

More opportunities and even better strategies have revealed themselves to me, due to a commitment to slow down a bit.

I’ve talked with more people, developed more ideas, and implemented an even more solid plan that will allow me to launch the project in the first week of March 2017 – exactly four years to the day when I came up with the idea.

Finding the right pace has made all of the difference.